This will be the last week for a lot of teams to get tuned up before conference play starts next week, so there are still a lot of weak games this week, but action will really get going next week. There are a couple of interesting games, particularly if you're a Big Ten/State of Michigan fan. What have we got?

Central Michigan at Michigan State - This is a revenge game for two years ago when the mighty Chippewas took down an over-confident State team with the help of the best players CMU may have ever seen and a couple of trick plays. This is also a revenge game in the McDavid clan, as my older brother went to the clearly inferior Michigan State, and I went to the best school in country in Central Michigan. State is not going to sleepwalk through this game like they did the last time, and I'm predicting this is going to get ugly, at least for Central. State got humiliated last week against Notre Dame (not to mention made me look like a fool) and probably played themselves out of any National Championship chances so you've got what I'm betting are a lot of players who want to show that they can still play. There is an outside shot that State will still be on the letdown from last week, and if Central can play well above their station, the Chips could sneak in a win, but I just don't see it happening. State wins big. I shouldn't be doing this after last week, and I hate to do it because they will be beating my beloved Chippewas, but I have to make State, my Stone Cold Lock of the Century...of the Week 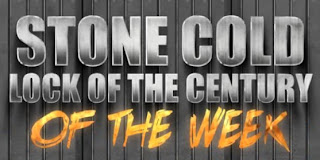 Hopefully, my pick will back fire again.


San Diego State at #22 Michigan - U of M head coach Brady Hoke's old team comes to town in what could be a dangerous game. The new head coach still has a lot to prove and San Diego State is no joke, and Michigan can't afford to not show up for this. If Hoke is as good a coach as I hope he is, he will have gotten his team ready. There is certainly an advantage for Hoke knowing all the players and a lot of the staff. I won't say I know a lot about SDSU, I mean, who really does, but there is certainly the chance of an upset here. U of M is possibly the most over-rated team in the country at the moment, but a big win here can get them on the way to authenticity. I think coaching wins this one for U of M, but it could be surprisingly close. U of M by a late touchdown.

Western Michigan at #24 Illinois - Don't look know, but Illinois is 3-0 and can (will) be 4-0 by the end of the day, for the first time since the 50's. Are they for real, or is this just early season rolling over easy teams? I mean, they beat Arkansas State, and South Dakota State. Okay, the win over Arizona State is decent, but they're resume isn't really going to get improved this week. They can't sleep on Western, though. The Broncos are good, and will be fired up after a big win last week. Western is capable, and you know what, I'll say it, I think they come out and shock the Illini today. WMU by a field goal late.

#2 LSU at #16 West Virginia and #14 Arkansas at #3 Alabama - This is a two for one, as we see which of the teams in the SEC takes the driver seat, or if we have to wait another week to see who's going to be chief in the SEC. These are both tough match-ups. Can LSU's defense stop Geno Smith an the West Virginia offense? I'm betting they do, because that defense is stout! Last years Hogs/Tide game was a nail biter that went down to the wire, but will is Arkansas as good this year without Ryan Mallet? I doubt it. An upset in either of these games puts the loser out of the NC conversation, at least for a while. Look for both of the higher ranked teams to take care of business today.

#11 Florida State at #21 Clemson - Did I say U of M is the most over-rated team in the country? Because I was wrong, Clemson is the most over-rated. Clemson will lose this game, because Clemson is never actually good. Every year, they will win a few games, football voters will put them in the Top 25, and the team will promptly lose. And this is the week that Clemson will get demolished and remind people that "Oh yeah, Clemson is not a good team. Ever." Florida State; by a lot.

#7 Oklahoma State at #8 Texas A&M - Are you ready for a shoot-out? Because that is what everyone is predicting for this one. These are a couple of Big 12 teams that I generally don't care about, but I may try to take a look at this game if I get a chance. If the offenses live up to expectations this has the chance to be an exciting game, even if you or I don't give a shit. I'll say Oklahoma State will win, but I have no score and no evidence to prove it. I'm going on pure luck.
Posted by Unknown at 8:15 AM